What Financial Institutions can do to Identify and Prevent Human Trafficking

Panelists below from left to right. 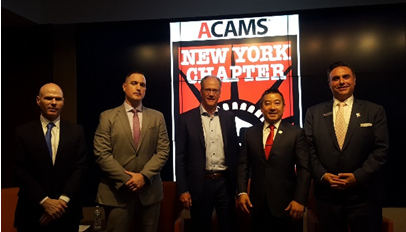 There remains a pernicious and persistent misconception that criminal and terrorist organizations are run by a group of mouth breathing knuckle draggers, but that’s simply not the case.  In fact, the leaders of these transnational criminal organizations are exceptionally sophisticated and savvy operators.

When we underestimate the abilities of international terrorist and criminals, we do so at our own peril.  Whilst law enforcement and intelligence agencies—as well as the financial industry—are bound by laws, rules, regulations, policies, and basic notions of ethics and decency, terrorists, criminals, and fraudsters are subject to no such restrictions or morals, and that, unfortunately, gives them a huge advantage.  But that is what separates the good guys from the bad guys. 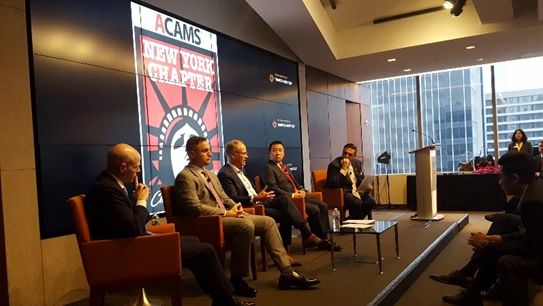 Despite being illegal in every country in the world, and best efforts from many different law enforcement agencies to thwart these criminals, human traffickers earned more in profits last year than the top 13 Fortune 500 companies - combined - $150 billion.

The average age of a child prostitute in the United States is 12 for girls and 11 for boys.

The average victim may be forced to have sex 20 - 48 times per day.

Cause of Human Trafficking

What we’ve found in the developing world is the lack of adequate law enforcement creates a recipe for enslavement. When laws are enforced and justice systems operate, slavery ends.

The solution to slavery must eventually be accomplished through the existing government and justice system. That is the only way the solution can scale. Only the government has the necessary resources, personnel, and authority needed to end slavery in a community.

The Role of Artificial Intelligence (AI) in Identifying Human Trafficking

The challenges with existing technologies are well documented.  Companies know about the false positive rates, but what is less well understood are the amount of false negatives.  Theoretically, AI can improve on these results by enabling computers to mimic human knowledge and insight when looking at enormous data sets.  Practically, we are proving the ability to find instances of HT that are missed by rules based engines.

The ability to sort through and analyze disparate sets of data, from innumerable sources, to identify patterns, the anomalies to those patterns, and discern whether those anomalies indicate something nefarious is a specific capability.

AI can types of anomalies that aren’t easily identified by legacy technologies.  For instance, professional investigators maintain that the lack of information is often an important indicator.  This is a type of anomaly that an AI can and should pick up on.  Lack of salary, or abnormally low salary payments can be a very clear indication of HT.  Of course, just because there isn’t any readily available salary, doesn’t mean there is HT going on, but it can certainly be a point the machine recognizes which causes it to dig deeper in order to resolve that ambiguity.

Also a multi-variate analysis is unique and valuable.  The combination of a bar having exorbitant income from liquor sales, while also showing payments for advertising to on-line escort websites, is an example of a machine being able to put pieces of the puzzle together.

Other tools are productivity oriented. This tool “can” provide an answer by mimicking human insight.